I haven't updated the article a few days ago because my blog was attacked. Today, I will update  notes of levels 4-6 of the xss game.

Just like the first few levels, first try it with <script> alert (1) </ script>, it is found that the title is escaped, but the angle brackets are only filtered in the input tag. This shows that there may be filtering. 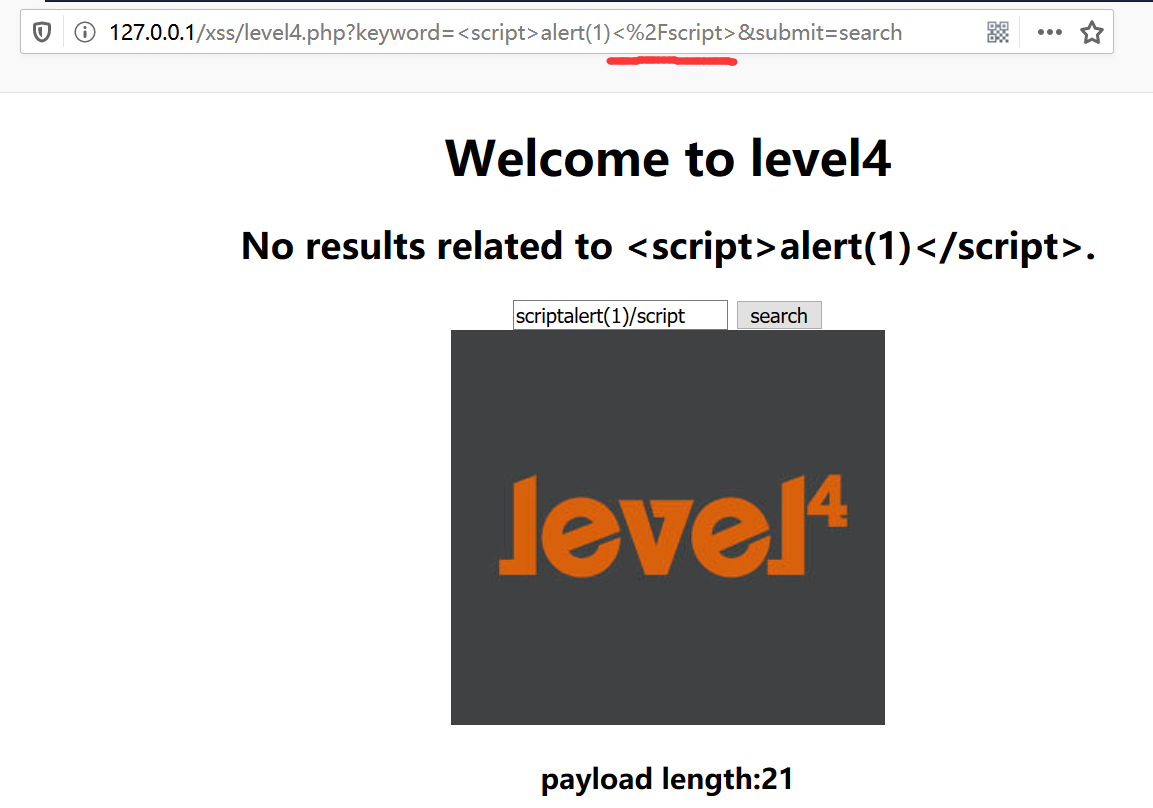 Looking at the source code, I found that there is a filter here as I said, but here we can still use events to trigger pop-ups, so we avoid the use of angle brackets. Just like the level 3.

When I use <script> alert (1) </ script> to test, script becomes scr_ipt, which is equivalent to adding an underscore, which limits our use of events and labels.

I tried on again, and it was separated into o_n, which prevented us from using events to trigger popups.

We already have a lesson in mind, so use the a tag here to filter the blacklist.

Similarly, the input of <script> and on will be underlined, and then I open the source code and found that href, data, and src have also been manipulated.

However, we can still try other bypass methods, capital letters are used here.